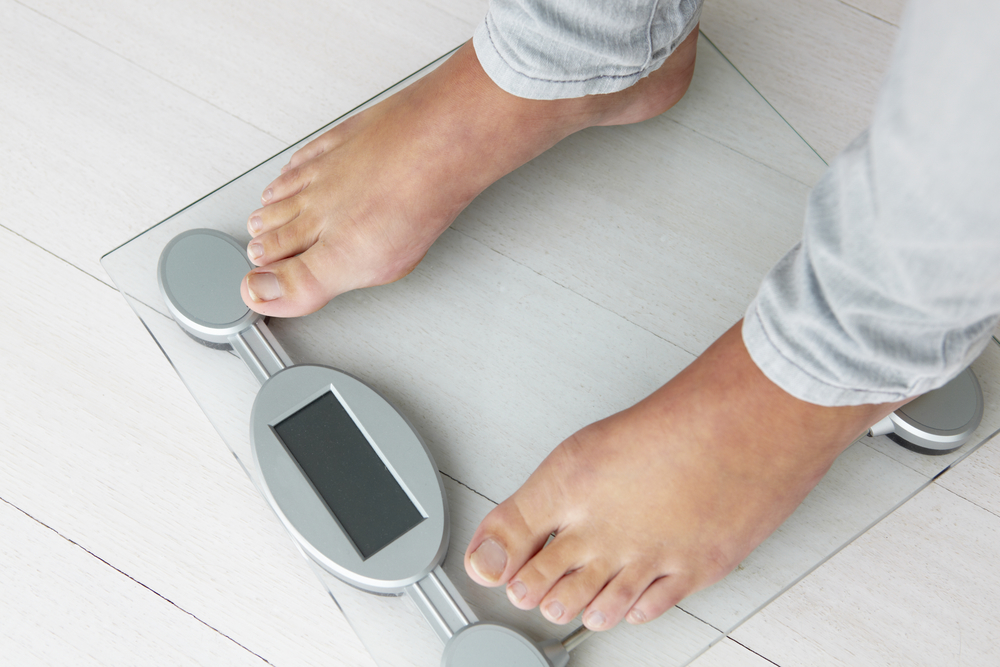 To weigh or not to weigh? Anticipation may be the question.

While this is an interesting discussion about how to approach weight and weighing patients, with some important clinical insights, we are still left with little in the way of data that prove that one approach works better than another.

There is also the very real possibility that any approach (weigh and show results, weigh and don’t show results, don’t weigh, etc.) may be problematic. That is because there are neurobiological reasons that suggests that all these approaches may increase anxiety. In support of this, our group has recently published a series of studies that show that individuals who recovered from AN had an exaggerated response in the right anterior insula to anticipation of both positive and negative stimuli. The positive stimuli (positive, that is, for non ED people) were pictures of palatable foods (Oberndorfer 2013A), and the negative stimulus (Strigo 2013) was mild pain. This exaggerated anticipatory response is consistent with other imaging literature (Kaye 2013). This means that individuals with AN tend to experience high levels of anticipation, usually in the form of worry and anxiety, about future events. This finding probably comes as no surprise for those of you who have worked with individuals with AN. Fear, worry, and anxiety about the future tend to predominate in AN patients.

The right anterior insula, which is located where the frontal and temporal lobes meet, plays a critical role in health and psychopathology by perceiving and modulating the physiological condition of the body, and processing homeostatic emotions such as hunger, thirst, ‘‘air hunger,’’ and pain. Affective emotions (e.g., sadness) are also processed in this region. Neuroanatomical and functional brain imaging studies suggest that the anterior insula is an integrator of interoceptive (e.g. self-awareness of body states), cognitive, and emotional experiences, and is responsible for emotional salience, as well as interoceptive and emotional awareness. Therefore, increased right anterior insula activation during anticipation may suggest an amplified stress response to the upcoming aversive interoceptive stimulus, similar to what is observed in anxiety disorders.

Given what is observed about AN symptoms, it is likely that any thought, mention, or exposure to stimuli regarding weight is going to trigger high anticipatory anxiety.

Importantly, we found when recovered AN individuals actually experience pain (Strigo 2013), or taste sugar (Oberndorfer 2013B), they had a diminished right insula response. This means that they are having an exaggerated response to anticipating upcoming events, but a blunted reaction when those events are actually experienced. This points to an altered integration and, possibly, disconnection between anticipated and actual interoceptive state, which may alter learning from experience. In the case of weight, this might mean an altered capacity to accurately perceive body signals.

In summary, If AN individuals are getting triggered by anticipation it may make little difference if they are shown or are not shown their weight. Just the situation of thinking about weight, or seeing the scale may trigger much anticipatory anxiety. Further, the anxiety and the diminished capacity to sense body signals may impair learning from experience, which means that showing them their weight won’t necessarily result in any differences either. Of course, studies that specifically test response to weight related issues will need to be done.

These new insights could lead to better treatment approaches. For example, if the decision is made to show weight, how can we disclose this information so that it can be used most therapeutically (i.e., manage anticipatory anxiety so that weight information is constructive).

The bottom line? In order to devise better treatments, we are going to need to consider the physiological substrate that maintains symptoms. (Schmidt 2013, Oberndorfer 2013B) And we need to develop more effective treatments based on understanding the unique neurobiology of ED. To do this, we are going to need to scientifically test these constructs and show improved response.

Kaye WH, Wierenga CE, Bailer UF, Simmons AN, Wagner A, Bischoff-Grethe A. Does a shared neurobiology for foods and drugs of abuse contribute to extremes of food ingestion in anorexia and bulimia nervosa? Biological Psychiatry. 73(9):836-842, 2013. PMID 23380716

To weigh or not to weigh